Piracy. A Better Way? The Socioeconomic Structure Which Led to Piracy Exists Today 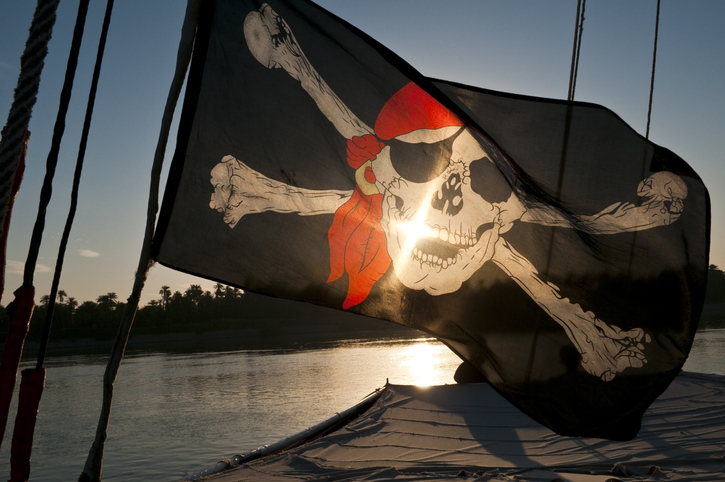 Pirates pillaged and plundered. They stole from the merchant ships carrying cargo among other places from Spain and Portugal, North Africa, North America and the Caribbean. But there is a reason why they left the class structure of society to form their own socioeconomic order. Sailors of the time worked for merchant ships.1 Merchant ships were most often funded by investors who hired the captain. The captain’s duty was to the investors and the investors defined the captain’s role, responsibilities, and pay. The captain had a great and sole duty to the investors, and virtually no duty to the crew of the ship he captained. Given the structure of incentives of the merchant ship, it is not surprising that sometimes the captain abused the crew to favor himself and the investors in the allocation of profits. This investor-centric system2 had at least two related results: mutiny and piracy. Mutiny because the captain was being a cad; piracy because the pirates
had a better way.3

In creating their social structure pirates had a head start because they stole the ship. This gave them a major means to produce wealth virtually overnight. They already had the “factory,” so to speak, from which to create wealth. Capital for the ship did not need to be saved, raised or borrowed. They only needed themselves, “vittles,” and operating expenses.

We think of the pirates in conflict and at war with the governments of England, Spain, Portugal and other countries. But according Wikipedia, England, the nation, sponsored pirate attacks against Spain and Portugal. So, apparently England condemned piracy on the one hand and sponsored it with another.

No one is condoning the pirates’ conduct with, and treatment of, others. But, within the pirate organization the pirates were surprisingly egalitarian. The pirates chose the captain by election. The captain could be removed at any time by vote of the crew.

The captain, quartermaster, ship’s doctor, the treasure spotter, and the disabled (e.g. by loss of a leg) generally received another half or quarter share, but except for these few key crew members, each pirate received an equal share of the pirates’ booty.

Pirates were surprisingly sophisticated in establishing the rules of self-government. Pirates developed the “Code of the Pirate Brethren,” also known as the “Pirata Codex” or “Pirates Code” and “Articles of Agreement.” As we know from pirate movies, “parlay,” or parley, i.e. the cessation of hostile action pending a meeting of the captains or captains with others, was a useful tool to protect participants and allow negotiation and settlement of disputes that lead to war. The Pirate Code was applied across the “profession.” Preeminent pirates constituted the Brethren Court who devised and adopted the pirate rules. A copy of the Pirate Code provided by the Pirates of the Caribbean Wiki is attached. As you can see the Rules were harsh. But, as stated in my article “Pirates and Partnerships” all of this begins to sound like John Locke’s social contract, where reasonable men draft rules for a just society. However, as discussed by Peter Leeson in his books and articles on piracy, cited in footnote 1, much of the pirates enlightened conduct and harsh penalties may also have been for the reasons stated by Thomas Hobbs, i.e. to maintain order and avoid the self-destruction of “war of all against all.”

Pirates and the Great Society

Regardless whether they came together as reasonable men and women (Locke) or to avoid self-destruction (Hobbes), or perhaps for both reasons, if we focus solely on their treatment of themselves, the pirates’ political and economic systems seem to more truly manifest the principle of self-government “of the people, by the people, and for the people, if for “people” you substitute the word “pirate.”4

However, the pirates’ model as a social theory has some problems. One is the problem of scale. See 1926 essay by the physicist J.B.S. Haldane “On Being the Right Size.” If an ant quadrupled in size, it would collapse from its own weight. Collective societies work best when they are small. A socioeconomic model that works for a ship may not work for a country.

Another problem is the division and stratification of labor. One reason why pirates were paid and treated about the same is that pirates all did about the same thing. And they did so at the same time in close quarters within full view of each other. That does not characterize a full-blown economic system of disparate contributions, across a city, state or country. And their justice system was too harsh for civilized society.5 The most frequent penalty was death. Today we are unlikely to enforce the rules of our great society by having miscreants walk the plank.

Still, in spite of these problems of adaptation, it is interesting to note that the cause of piracy was abuse by those adhering to a shareholders’ (investors’) theory of value, and that the result of piracy was a social system in some ways more fair and more rational than our own. That might be a lesson for our times.

Known rules and guidelines of code from the Pirata Codex:

The Code also contained strict regulations on eyepatch color and peg leg size[11] as well as implying that a pirate never gives another away.[12]

Attorney Donald W. Hudspeth has more than twenty years’ experience practicing corporate and business law. Before attending law school, Mr. Hudspeth held a stock brokers license at the age of 21 and owned his own business at the age of 23. He was a business law professor at Arizona State University, West Campus, and has conducted classes and seminars for a number of higher institutions and organizations. Mr. Hudspeth has published two books on law and is the founder of the radio programs Law on the Edge and Law Talk.

The scholarship is awarded to students for academic merit with an interest in business and business law. Candidates may have majored in fields other than business, have taken a break between college and law school, or have had exceptional life experiences.

Use our easy-to-use and secure online payment feature to pay your bill. We accept all major credit cards.